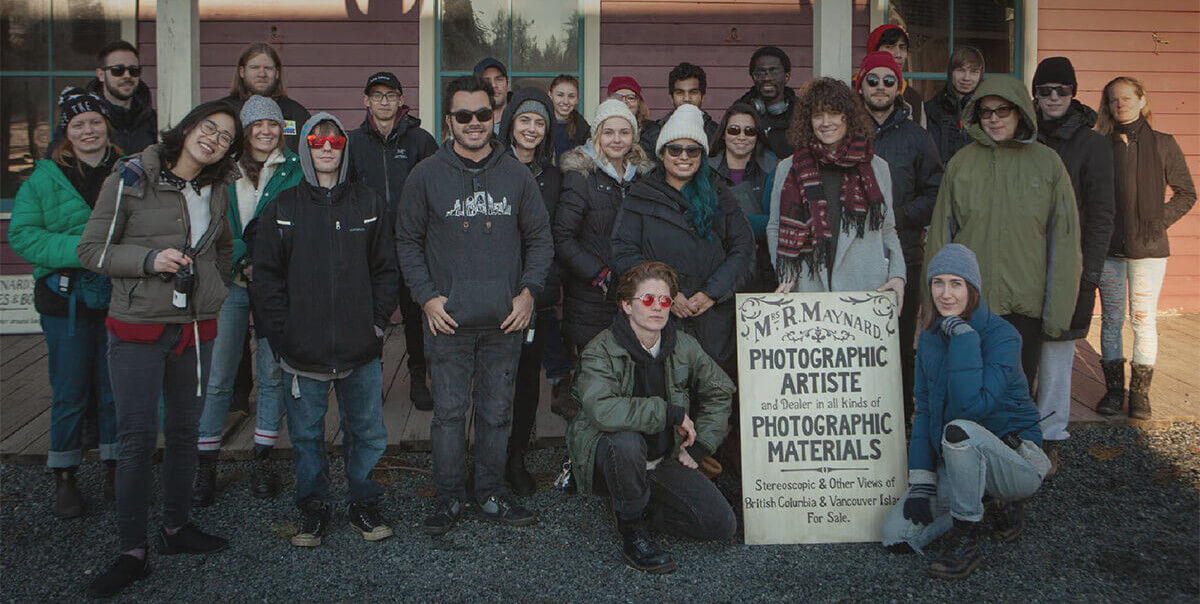 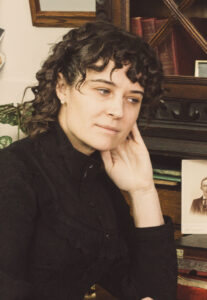 Piercey Dalton is a Canadian/American actor best known for starring alongside Dylan Minnette in the Netflix Original The Open House. She recurs as Vincent D’Onofrio’s wife in the CBS All Access series Interrogation, and guest stars in the season 3 finale of the network’s hit show, Bull. Recognized for her work in independent films, Dalton leads the award-winning short films Chocolate (Thiago DaDalt), A Foreman (Daniel Drummond) and Duérmete Niño (Freddy Chavez Olmos), and stars in the 2021 sci-fi feature, Saturn (Mew Films). Born in Tucson, Arizona and raised in Fergus, Ontario, Piercey worked in Vancouver theatre before moving to Los Angeles. She continues to be an ensemble member of the Tempest Theatre in Penticton, B.C. 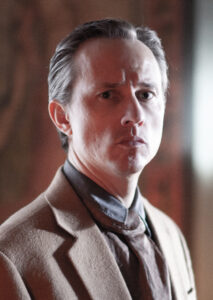 Daniel Arnold starred as Holloman in the feature film Lawrence & Holloman, for which he won Best Actor in a Comedy at the Victoria TX Independent Film Festival, (VTXIFF) and was nominated for a B.C. Leo Award for Best Lead Actor in a Feature Film. The film won 13 jury awards including the Canadian Comedy Award for “Best Feature Film”, was released theatrically in Canada and USA, and played on Super Channel, OutTV and CBC. Arnold, who recurs as Jed Campbell on Hallmark’s When Calls The Heart, has enjoyed znumerous other roles and received awards for film, television, and theatre. He has also starred Off-Broadway in the critically acclaimed production Any Night, which he co-wrote and performed with Medina Hahn. They also co-wrote and performed the play Tuesdays & Sundays, which toured across Canada an internationally for years and was broadcast as a radio play on both the Canadian Broadcasting Corporation and British Broadcasting Corporation. Most recently, Arnold co-wrote and performed in the award-winning interactive stage play Inheritance: a pick-the-path experience, which is being recorded as an audio play and optioned as a feature film. He currently lives in Vancouver. 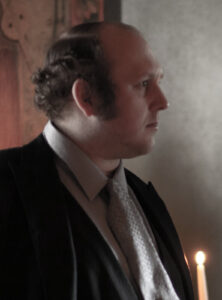 James McDougall is an actor and filmmaker. He began performing at a young age, studying at Canterbury Arts High School in Ottawa, Ontario, and at York University, and Armstrong Acting Studios in Toronto. McDougall got his start in theatre, acting in dozens of productions across Canada. In 2012 he moved to Toronto to pursue on-camera acting. Through creating his own work and constantly training and honing his craft, he quickly built up his on-screen resume. Among recent acting credits are Hammond in Jonathan Milott and Cary Murnion’s hit thriller Becky (on Amazon Prime and Showtime), Phillip Casey in Andrew Stanley’s debut feature Flowers of The Field (premiered at VIFF), and Santa Claus in Michael Dowse’s upcoming film for HBO Max, 8-Bit Christmas. McDougall also writes and produces narrative content for Mountain Man Media. He currently resides in Toronto. 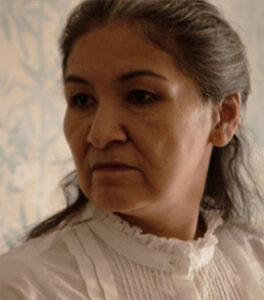 Sophie Merasty performed in various theatre productions in Vancouver and Whitehorse, Northwest Territories, as well as across Canada. She founded the First Nations theatre arts production company Fireweed Productions Society in Vancouver in 1993, and produced the play Fireweed, An Indigeni Fairytale at the Vancouver East Cultural Centre. Sophie was nominated for a Leo for her role in the Marie Clements film The Unnatural and Accidental Women. Sadly, Sophie passed away in July 2020. 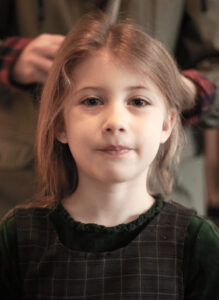 Amber Tyler just turned nine after Be Still was shot, and continues to train in the acting industry. After working on Be Still, she played the role of Young Hope on The 100 and has appeared in other shows. Her most recent role was in the soon-to-be-released sci-fi comedy Time Helmet. A talented singer, Tyler takes weekly voice and piano lessons. She is also very athletic and loves to ski. Currently she is homeschooling. Tyler is very social, and loves being on set! 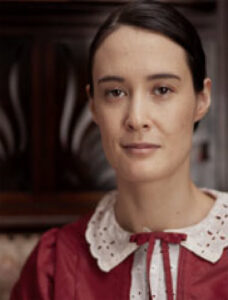 Meredith Hama-Brown is an actor, writer and director, born on Canada’s Vancouver Island. Her biggest passion as an actor is collaborating on meaningful independent films, and her work in this realm has been screened at many film festivals worldwide. In 2017 she was nominated for Best Actress in a Short Film at the Leo Awards and for Best Actress at the New Renaissance Film Festival in Amsterdam for her work on Cinephiliac. In 2010 she studied theatre at the Pontificia Universidad Católica de Chile. It was there that she was first introduced to physical improvisation and mask work. She resumed this study and began to delve into comedic improvisation at Blind Tiger Comedy (2016-2018) and later in New York the Upright Citizens Brigade Theatre and Magnet Theatre. 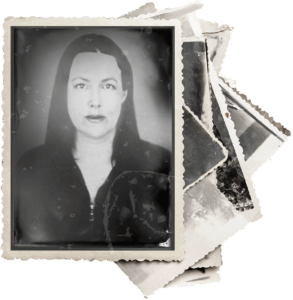 Born in Latvia, Elizabeth Lazebnik migrated with her family to numerous countries before settling in Canada, where she has lived for the past 22 years. Lazebnik holds an MFA in Film Production from York University and has been making films for over 17 years, with screenings at the Toronto International Film Festival (Belonging, 2008; Safe Room, 2012; and Liompa, 2018), Festival du nouveau cinema, Female Eye Film Festival and Inside Out, among other notable festivals. In 2017 she won the K.M. Hunter Artist Award in Media Arts, administered by the Ontario Arts Council. Be Still, about the pioneer surrealist Canadian photographer Hannah Maynard, marks Lazebnik’s feature film debut. 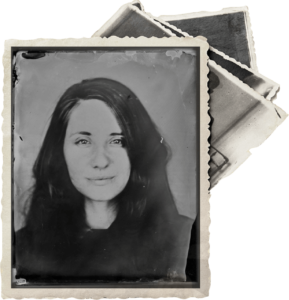 In 2018, Sara Blake founded Ceroma Films, a boutique production company making critically acclaimed, award winning content for the Canadian and global audience. She focuses primarily on debut director-driven arthouse content that is fresh and unexpected. Blake’s producing credits include the award-winning feature film Raf (TIFF ’19, TFF ’19, VIFF ’19, MDFF ’20) and a collection of shorts: award winning Deady Freddy (OIAF, Aesthetica, VIFF ‘19), Vimeo Staff Pick Cosmic (Palm Springs ’20), Loretta’s Flowers (Edinburgh International Film Festival, VIFF ’18) and Medical Drama (Clermont-Ferrand, VIFF ’18). Blake’s projects have been supported through Telefilm Canada, the Harold Greenberg Fund and the Canada Council for the Arts. She was a nominee for the 2019 CMPA (Canadian Media Producers Association) Kevin Tierney Emerging Producer Award and is part of Cohort One of the Banff Spark Accelerator for Women in the Business of Media. She is in development on the feature Invasions (OMDC IFF 2018; IFP Week 2019), Abyssal Plain and Eddie (JETS 2021). 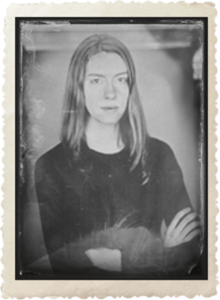 Suzanne Friesen is an award-winning, Polish-Canadian filmmaker and cinematographer based in Vancouver, B.C. She works as a director of photography on independent and commercial industry productions, while writing and developing her own directed films. Friesen is an adjunct professor at the University of British Columbia’s Theatre and Film Department, where she teaches cinematography. 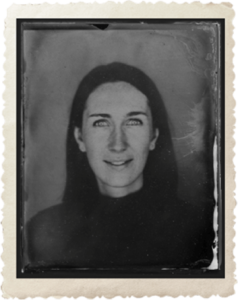 Sophie Jarvis’ design portfolio includes narrative films, music videos, commercials and photoshoots. Her work is notable for its range, from high-concept stylization to grounded realism. An alumna of the prestigious Berlinale Talents program, she trained with internationally renowned designer Alex McDowell of the World Building Institute. She aligns herself with their philosophy that “all stories emerge logically and intuitively from the worlds that create them.” This viewpoint is the basis of Jarvis’ research-driven approach. Notable works include The Body Remembers When the World Broke Open, Never Steady Never Still and Luk’Luk’I.

Stephanie Ostler is a clothing and costume designer based in Vancouver. She launched Devil May Wear in 2003. After years of creating clothing for her company, she became drawn to film and TV. She started with smaller projects such as music videos for the local group You Say Party, We Say Die, costuming for interviewer and musician Nardwuar and sewing garments for shows like Arrow, before taking on larger roles in the costume department. Though there are many similarities between designing clothing for a collection and creating a closet for a character, it’s the differences that keep Stephanie excited to come up with new designs. 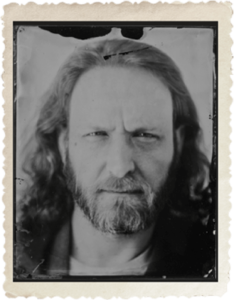 Joshua Hemming is a composer and sound designer based in Toronto, Canada. He began composing in 1993, using his Macintosh computer, and has been involved in a wide variety of music projects since, including scoring and sound design for more than 50 films, animations, web series and television shows. He is best known for his work on Elizabeth Lazebnik’s dramatic short, Liompa (2014).