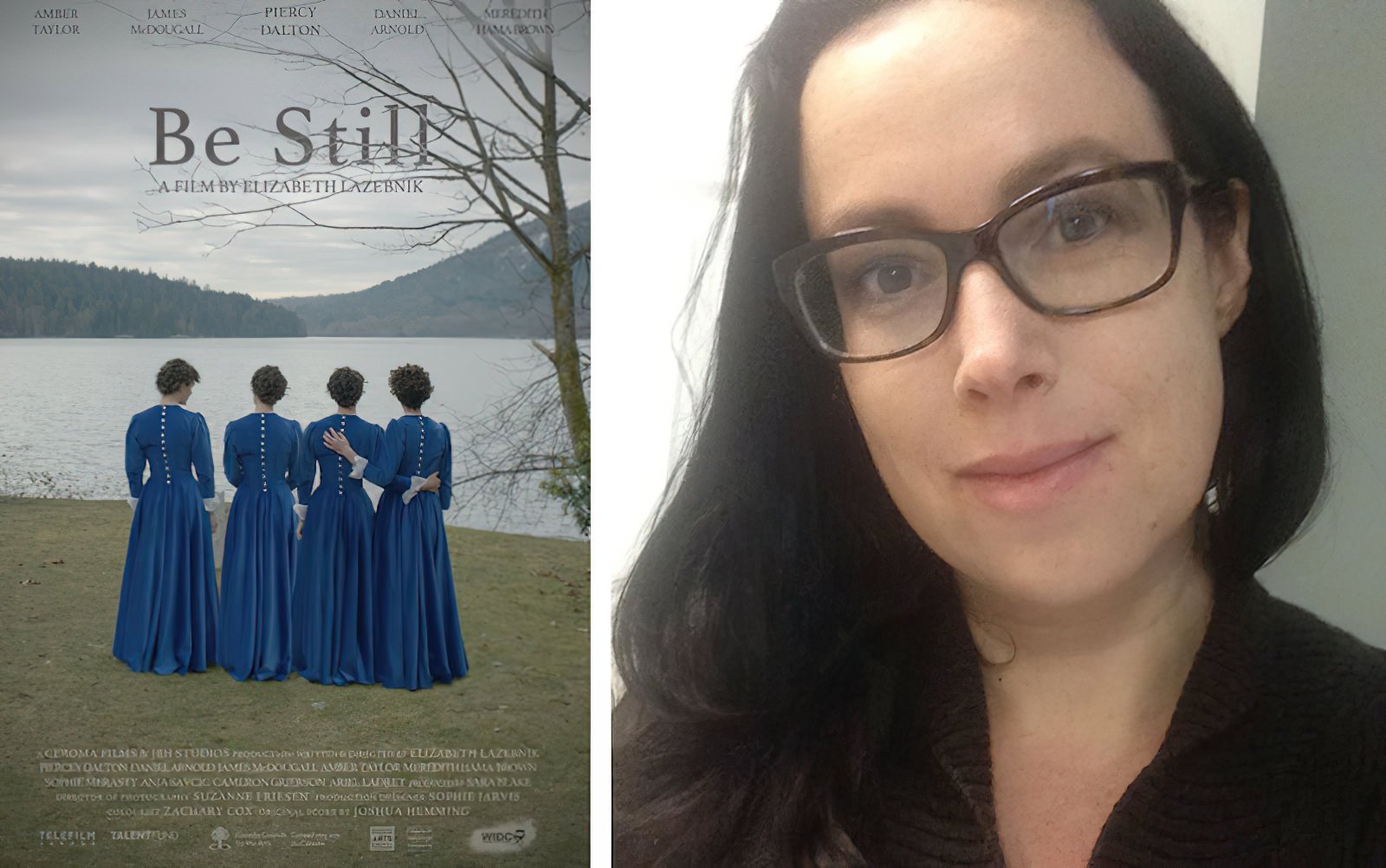 WIDC Feature Voices: Back Story, September 2021 – We met with WIDC alumna and Talent to Watch Mentorship Award winner, Elizabeth Lazebnik to talk about the world premiere of her debut feature film, Be Still, now screening at  the Vancouver International Film Festival.

In this Back Story interview we cover five big C’s: the Calling, the Creative, the Collaboration, the Cast, and the Completion. Enjoy!

The Calling…
Q: Elizabeth, what do you love about storytelling?

I love to tell stories from characters’ perspectives and pushing the cinematographic medium in terms of creating a specific atmosphere with compelling sound design and visuals.

Q: What has been your path to this current spot in your career?

I immigrated to Canada over 20 years ago and did my Undergrad and Masters in Film Production at York University. I have been making films for over 18 years with many screenings around the world, including 3 premieres at the Toronto International Film Festival. Be Still is my first feature length drama.

Q: What is Be Still about?

The story is inspired by true events, at a critical moment in her life and work, professional photographer Hannah Maynard perfects surrealist techniques in her Victoria, BC studio, 40 years before Dali and the Surrealist movement begins.

Q: Where does the story come from?

The images in “Magic Box: The Eccentric Genius of Hannah Maynard” blew my mind! They were taken by a photographer in late 19th century British Columbia, Canada. I was particularly stunned by a photographic collage of 22,000 children, whose pictures were all taken and individually cut out by Hannah, and a self-portrait of her and her double standing with her grandchild’s torso floating in the air between them like a statue.

I was transfixed by the beauty of her details and her technical wizardry. It surprised me, however, that very few people were aware of Maynard’s achievements as an artist and businesswoman. As I came to learn, Hannah was the first photographer to employ what are now considered surrealist techniques, using her medium to create unconventional works that helped express her own emotional struggles.

Maynard’s art became an obsession for me. I connected deeply with the obsessive impulse in her work and became intent on sharing her story in a meaningful way that reflected both her art practices and mine.
This film is inspired by a play called “Be Still” by acclaimed Canadian playwright Janet Munsil. In it, Munsil explores the theme of using art to process grief in a way that I have always felt is perfect for Hannah’s story. The tragic death of Hannah’s daughter Lily leaves her obsessed with children, duality, and death. Much like Hannah’s life and work, my goal was to create a biopic that is far from traditional. Through surreal elements and magic realism, I wanted to leave the same profound impact on the viewers as Hannah’s story left on me 17 years ago.

Q: Could you talk about the promise you made to Hannah Maynard?

The first short film I made after graduating film school was about Hannah and is called The Multiple Selves of Hannah Maynard. In 2004, I was in Victoria, doing the research about Hannah, visiting BC archives and places where she lived and worked. When I visited her family burial place at Ross Bay, I felt compelled to make a promise to Hannah, that one day I would make a feature film about her… that was 17 years ago… I am glad I was able to keep the promise! 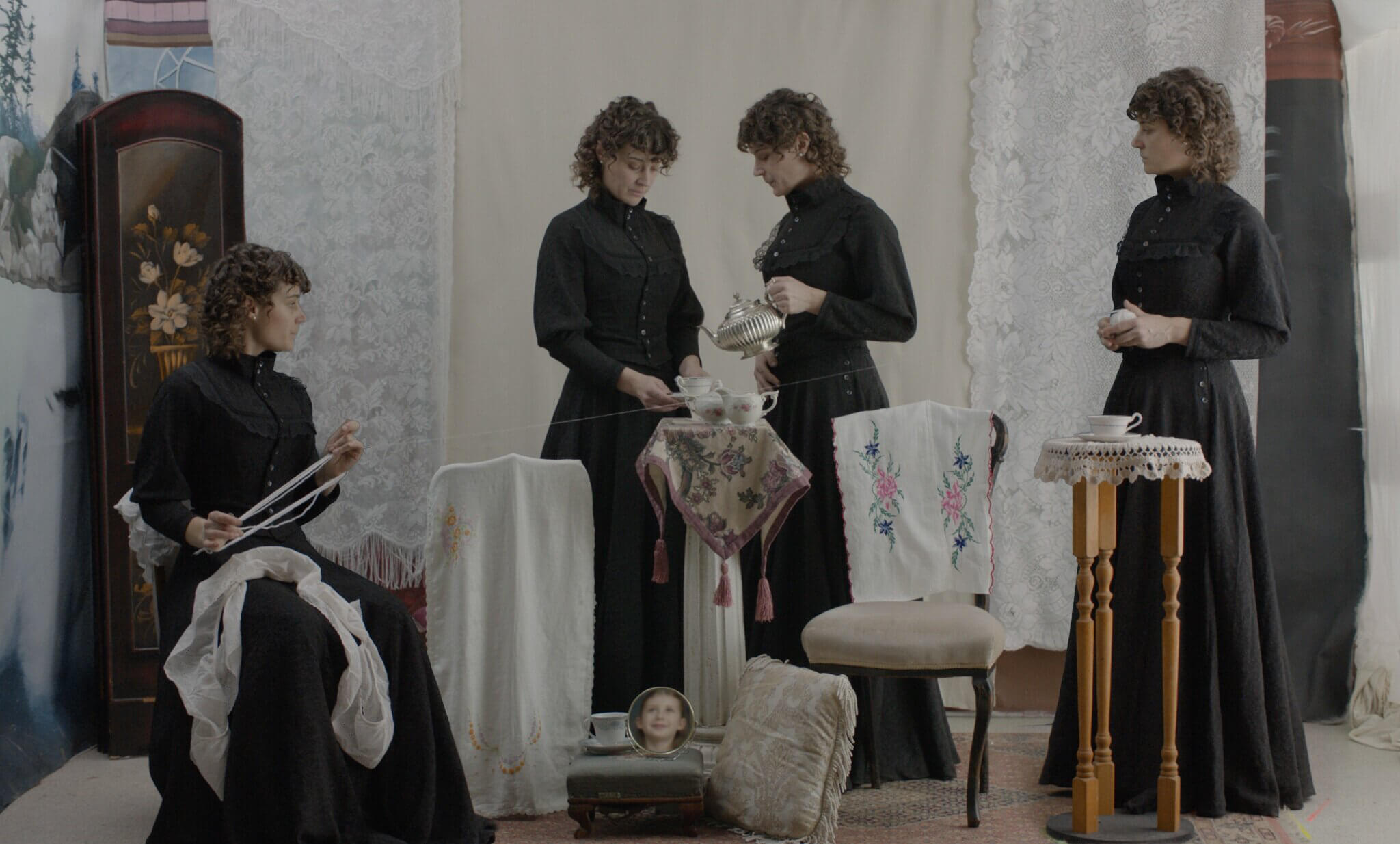 The Collaboration…
Q: What was your process working with your keys? particularly your Cinematographer and your Editor.

It was truly an encompassing process. I spent about a month brainstorming and storyboarding with my amazing cinematographer, Suzanne Friesen. We let our imaginations fly and had so much fun figuring out the shots! Be Still was in post-production for a number of years. The post-production was mostly done at my house. My husband, Joshua Hemming is the editor, sound designer and composer of the film. As we continued editing and developing the sound design, it became clear that the film had the strongest impact when told from as much of Hannah’s perspective as possible.

Q: The surrealist aesthetic you’ve achieved is stunning. Could you share some stories about how you achieved your creative intentions?

It was definitely a team effort! We studied the photographs meticulously as we wanted to create reenactments as close as possible to the original images. In one scene, there is a
long moving shot revealing five Hannahs doing various actions. The planning and choreographing of this shot were extensive and we had to rent a motion control camera slider to achieve that.

Q: What was your process with your cast? Finding them? Working with them?

The most challenging part was finding an actor to portray Hannah. We searched for months, when a friend of my producer, Sara Blake, suggested actress Piercey Dalton. We watched Piercey’s previous work and just knew that we had to audition her immediately. Piercey’s self-tape came in literally just after I landed in Vancouver for pre-production. Sara and I pulled the car onto the side of the road. We were very nervous as we watched the tape on a small screen. It was clear right away that Piercey was perfect for the role of Hannah! We were lucky that she was available, and that she connected with the script. She embodied the role instantaneously!

Piercey and I spoke a lot about Hannah, her life and her art. The crew were also very committed to the project and once we were all on set and the actors were in costumes, the atmosphere was very inviting and helpful to get into their roles. 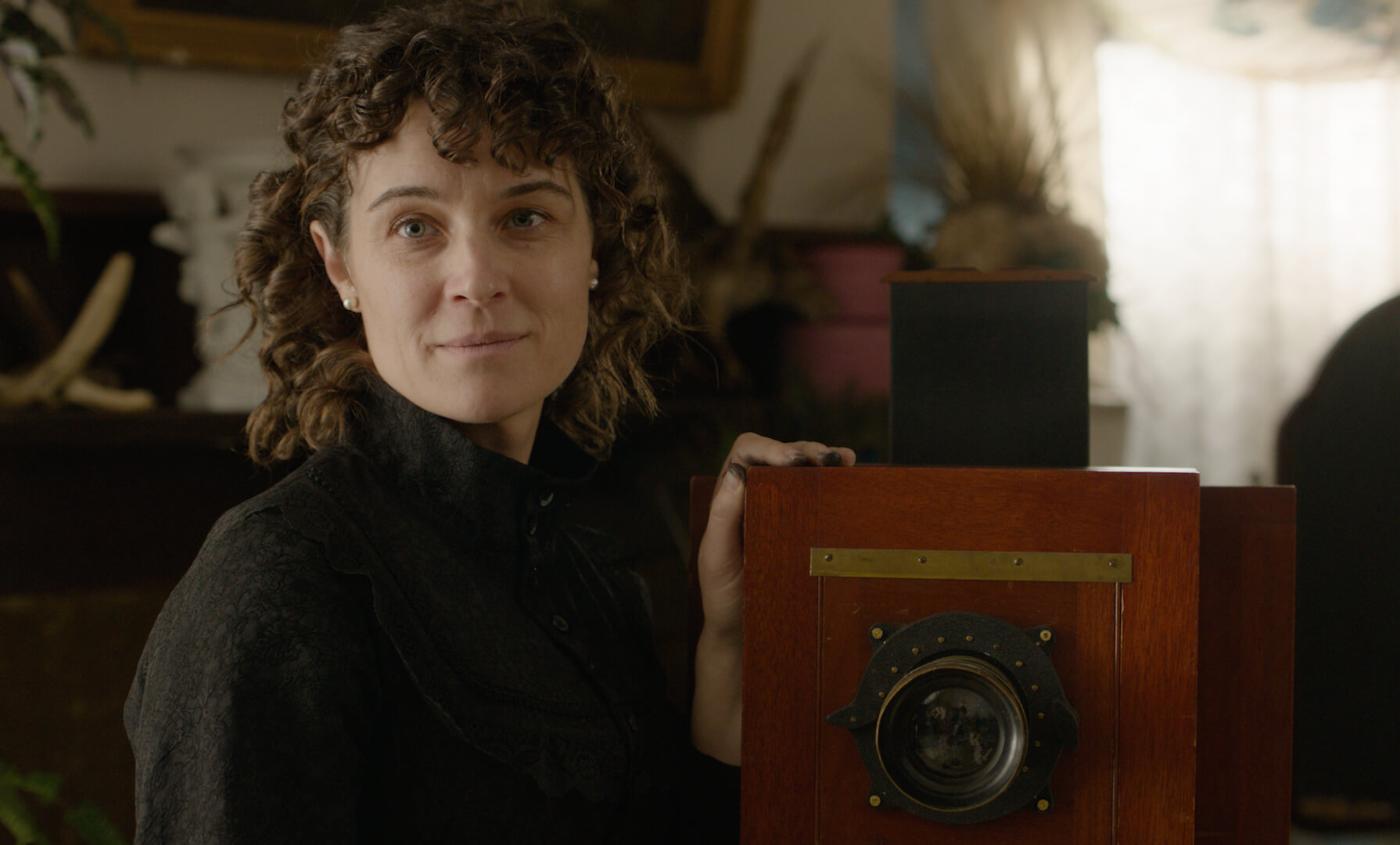 Q: What did it take to get this project made? Could you talk about Development? Funding?

I’ve been pitching the film for years, but there was very little interest in women-focused stories up until a few of years ago. Then, I attended the Story & Leadership program at WIDC, which was instrumental helping me to prepare the script, and the application to apply to Telefilm’s Talent to Watch. We were so excited when we got the funding!

Q: Who is the audience?

I think the audience for this film includes people who have a deep appreciation for art, especially surrealism. I also think that someone who went or is going through a grieving process, might find the film helpful in terms of how disorienting it can be and in terms of how art can be used to help healing.

The nearly forgotten subject of Be Still is a prime example of how women’s successes have gone unnoticed. It dovetails with the current conversation around the world regarding gender equality and female empowerment. I am very excited to have the film premiering at VIFF and am so thankful for all the support WIDC and Carol Whiteman have been providing during this time. I truly wanted to create an audio and visual experience for the viewer, to offer a glimpse into Hannah’s world, to share my interpretation of her perspective. I hope that the result for audiences is as compelling and unexpected as I have found it to be myself.

Tickets to view the film online will be available on VIFF’s web page for Be Still from October 1-10, 2021.